I Get Interviewed For Investopedia

At this past Fincon that took place in Orlando, I had the chance to meet with all kinds of interesting movers and shakers in the personal finance field. One of those big movers is Investopedia.com. I enjoyed having the tables turned and being interviewed by their team about my story and how Sos Talks Money came about.

The reason I started my show was because I realized how our pop culture is shaping the millennial mindset to be careless with money. I started interviewing everyday people to understand their views on finances and how they feel towards the question, "SPEND that money or SAVE that money?" I then began to interview successful people both in finance and other fields including celebrities.

The goal of the show is to inform, educate, entertain, and engage with millennials about the importance of getting their money right in a fun yet cutting-edge kind of way. My stand up comedy background makes it easy to make my content entertaining and informative. Not the traditional method of talking about money but that's what makes it unique and effective.

Ironically, my background was not in finance after college. I graduated with a Bachelor's of Communiations with a minor in Philosophy. After graduating, I bounced around working a handful of jobs in nightlife, hospitality, sports, and teaching. I then decided it was time to make some real money so I started working in sales at a financial firm and started at the bottom. As I started making money, everything around me was crashing down in 2008 and I saw a lot of people lose their jobs. It was then that I came up with the idea of the #SaveThatMoney mantra. Ten years later and I'm still at the same financial firm and I've become successful in my field.

I teamed up with my friends who are producers for CNBC and the goal was to talk to anyone and everyone about money to get as many perspectives on the topic as possible with the goal of helping young Americans.

Before we have in-depth conversations about money I start with one simple question save that money or spend that money what do you think the most common responses were? Over 80% of the time young people say spend that money (the YOLO mentality if you will). Conversely if you speak with any financial advisor they will all tell you to save that money so obviously there is a major disconnect going on. Consumerism and materialism are major components in this disconnect.

We also cover important topics such as what changed my perspective. The first time that I made six figures my outlook on money changed. It was the first time in my life when I actually had money and was able to think long term. The problem is when you’re living paycheck to paycheck it’s hard to think about the future but anyone will tell you long-term vision is key to winning with money especially when you’re young. Financial regrets are another topic and for me it was taking on student debt which I recently paid off. The average college graduate has over 30,000 in the student debt. We cover whether it is better to rent or buy. In my opinion, I advised to rent and keep your costs low and have a roommate and don't live beyond your means. I like to abide by the phrase, "keep it simple stupid." Things are only as complicated as you make them.

Hope you enjoyed my backstory and the reason for starting the Sos Talks Money show. I look forward to sharing more with you and help you write your story on how you were able to win with money. 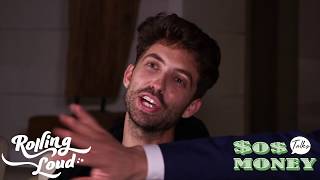 Roll That Loud Save That Money 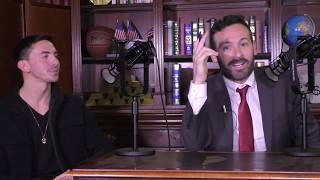